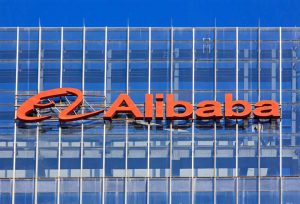 Alibaba, the largest e-commerce company in China and the biggest blockchain patent holder was fined $2.8 billion for anti-trust activities by the Chinese government. The fine was imposed after the market monopoly investigation which indicated that Alibaba was punishing retailers for selling the same goods on other platforms.

Alibaba is believed to be one of the most rebellious and outspoken in the country, one of the key reasons behind its recent fallout with the Chinese government. Jack Maa, the founder of the company suspiciously disappeared from the public eye for months right after criticizing the government for its policies.

The e-commerce giant has also shown great interest in digital assets and recently pledged a 4.9% stake in a car company that promised crypto mining while driving. Alibaba is also part of the government’s digital yuan distribution plan offering their payment technology, but with the recent fallout that might come under scrutiny.

Previously, the auto brand that Alibaba participated in , issued 300 million tokens with a 4.9% stake pledge, claiming to be “mining when driving”. pic.twitter.com/M01FYrqaje

Digital Yuan, the national sovereign digital currency of China is currently being tested in several provinces with an anticipated large-scale public launch in near future. China started developing its CBDC in 2014 itself and banned the trading of cryptocurrencies in the country. However, China is already quite ahead when it comes to cashless payment with more than 80% of the population dealing in digital payment. Many believe the launch of the Digital Yuan is mostly a money surveillance tool giving a tight grip to the government over the flow of money outside the country.

In January this year, the People Bank of China announced that Digital Yuan would act as a backup for existing payment giants such as Alibaba Pay, Tencent Pay, and WeChat Pay. The bank had said,

The recent fallout of Alibaba with the Chinese government is already proving costly for the e-commerce giant, and if it continues, many believe it would eventually impact their payment services as well.