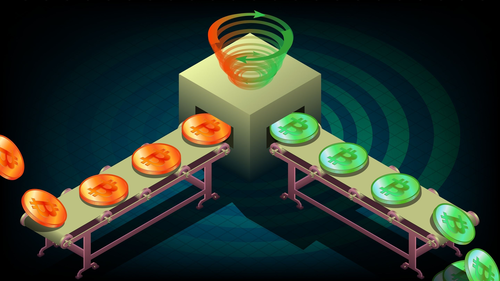 The CEO of Kraken believes that the shutting down of Tornado Cash by the United States government may be unconstitutional.

The US Treasury Department shut down the Tornado Cash crypto-mixing service a few days ago. However, the action hasn’t been received kindly within the cryptocurrency space.

Jesse Powell, chief executive officer of the digital-asset exchange Kraken says the action could be unconstitutional.

Powell said this during an interview with Bloomberg TV on Tuesday. He stated that;

“People have a right to financial privacy. We’ll see if it survives a challenge in court.”

Tornado Cash is a mixer that is used to obfuscate sources of coins by mixing different users’ tokens together. However, while criminals use such services, they are also used by some privacy-seeking, law-abiding consumers. Powell pointed out that;

“The code repositories were taken down, a step I think was not necessary. This is mostly a knee jerk, recently to what happened to UST and Luna.”

Powell added that the US Treasury’s sanctions on Tornado Cash is an overreaction. He told Bloomberg that he remains very bullish on Bitcoin.

However, Powell declined to comment on the reports that the Federal government is currently looking into Kraken for allegedly breaking sanctions.

The Bloomberg report added that the cryptocurrency industry advocacy Coin Center has said it is exploring challenging the government’s action in court.

Powell said he is not a fan of the move made by Circle. He said;

“Having a digital currency that’s so controlled and able to be controlled by maybe unconstitutional government action is a little bit scary, too.”

Kraken is one of the leading cryptocurrency exchanges in the United States. Its CEO Powell has been in the news in recent months, especially on his stance on the workplace culture.

The post Shutting down Tornado Cash may be unconstitutional, says Kraken’s CEO appeared first on CoinJournal.