The Apecoin (APE) ongoing recovery aims for another upswing as the coin price shows reversal signs from the support trendline. Previously, such reversal usually drives the coin price to the overhead resistance, and thus, the same is expected this time. However, the price range between the two trendlines is narrowed enough to be considered a no-trading zone. 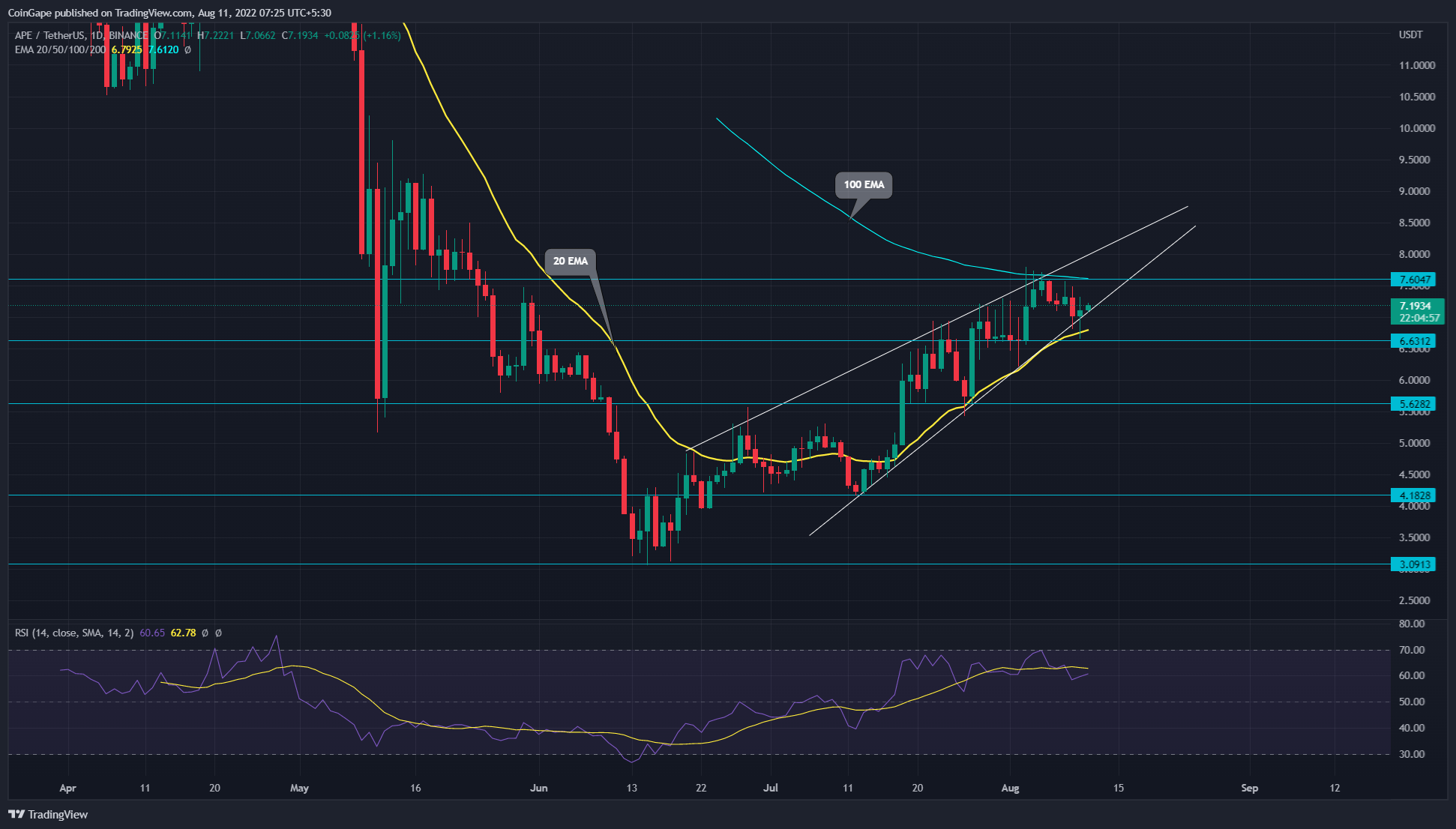 Over the past six weeks, the APE/USDT pair has been wobbling between the two converging trend lines indicating the formation of a rising wedge pattern. From the July 15th low of $3.09, the pattern has surged 130% higher and hit the $7.02 mark.

On August 10th, the APE price showed a 5.8% loss which attempted a bearish breakdown from the ascending trendline. However, the traders actively buying at this support trendline reverted the price immediately.

The long-tail rejection candle at the viable support level hints at reversal possibility. The resulting rally may soar prices by 18%, hitting the resistance trendline.

Though the current price action foretells a bullish reversal, in theory, this pattern triggers a considerable downfall once the price breaks the rising trendline. Thus, if sellers succeed, the APE price may tumble 25% and reach the $5.18 support.

However, until the pattern is intact, the APE  holder can maintain a bullish bias. In addition, a less likely but possible situation would give a bullish breakout of the pattern.

EMAs: the 100-day EMA wavering around $7.58 resistance puts additional selling pressure on traders. On the flip side, the 20-day EMA gives constant support to APE price.

RSI indicator: the daily-RSI slope wavering above the neutral line indicates the traders maintain a bullish sentiment for the coin. However, the slight divergence concerning the prior swing highs suggests the loss of bullish momentum and encourages wedge pattern breakdown.