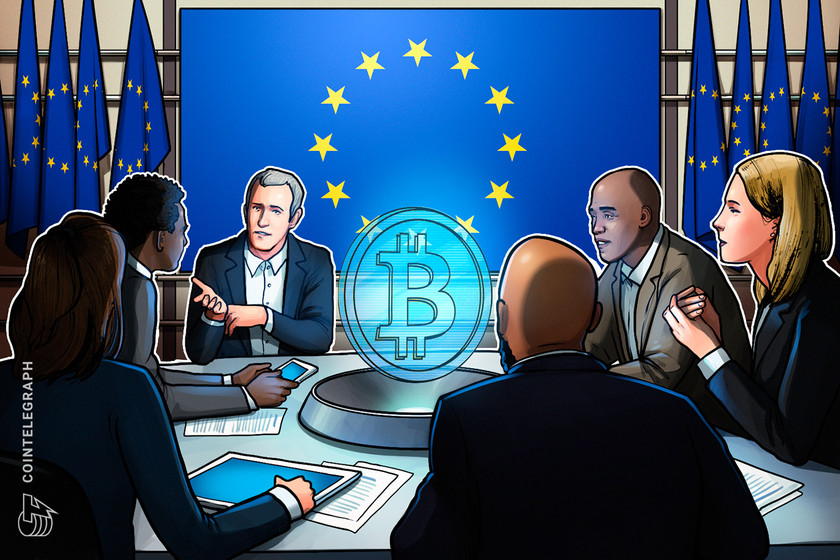 After the European Central Bank released a blog post on the shortcomings of Bitcoin, the crypto community on Twitter took to the comments to defend the cryptocurrency.

In light of the recent FTX collapse and liquidity scandal, regulators in the European Union have joined other global lawmakers in a push for more clear guidelines and regulations on cryptos.

The European Central Bank (ECB) released a blog post titled “Bitcoin’s last stand” on Nov. 30, which summarized the financial career of Bitcoin (BTC) amid current price fluctuations. However, instead of outlining the entire picture, which would include both up and downs of the cryptocurrency’s lifespan thus far, it only portrayed its shortcomings.

Written by Ulrich Bindseil and Jürgen Schaaf, the director general and advisor of the ECB, the piece says the digital currency is on “the road to irrelevance.”

It also claimed that BTC is hardly used for legal transactions and that the regulatory attention it is currently receiving from lawmakers around the world can be “misunderstood as approval.” Additionally, it warned banks on interacting with the digital currency as it could taint their reputation.

On Twitter the organization tweeted that any price stabilization BTC may incur now will be artificially induced:

The apparent stabilisation of bitcoin’s value is likely to be an artificially induced last gasp before the crypto-asset embarks on a road to irrelevance. #TheECBblog looks at where bitcoin stands amid widespread volatility in the crypto markets.
Read more https://t.co/Hk1LuYX2de pic.twitter.com/I3Uidks8Xo

However, where there is crypto slander by traditional, centralized financial institutions, there is also the crypto community ready with responses to debunk and defend its assets.

The tweet from the ECB alone received hundreds of responses, with the crypto community fact-checking the claims in the article and highlighting the background of its authors.

One commenter tweeted on the background of Bindseil and pointed out a potential conflict of interest, as he has penned various articles on central bank digital currencies (CBDC) and their use cases.

I will just leave that here, so everybody knows about the conflict of interest. #Bitcoin pic.twitter.com/EKz9Mx3ndT

Another user said, while they tried to read it with an open mind, the paper’s claims of BTC not being used for legal transactions and rather “illicit activity” were outdated.

I clicked on this article with an open mind, willing to have my mind changed

But it opens with a provable lie

The vast majority of Bitcoin usage is for legal spending, for-profit speculation, and gambling - not "illegal transactions"

Others responded with the tried and true meme of “BTC is dead” while still having a rising value of the other. Some even reached back to Dec. 2021 to point out the ECB’s incorrect predictions of inflation decreases in 2022.

In a similar vein, the decreased value of the Euro was also drawn as a comparison in many responses from the community.

Meanwhile, digital currency exchanges continue to spread across the European Union, with Bitpanda recently obtaining a crypto license in Germany and Gemini getting the greenlight in both Italy and Greece.