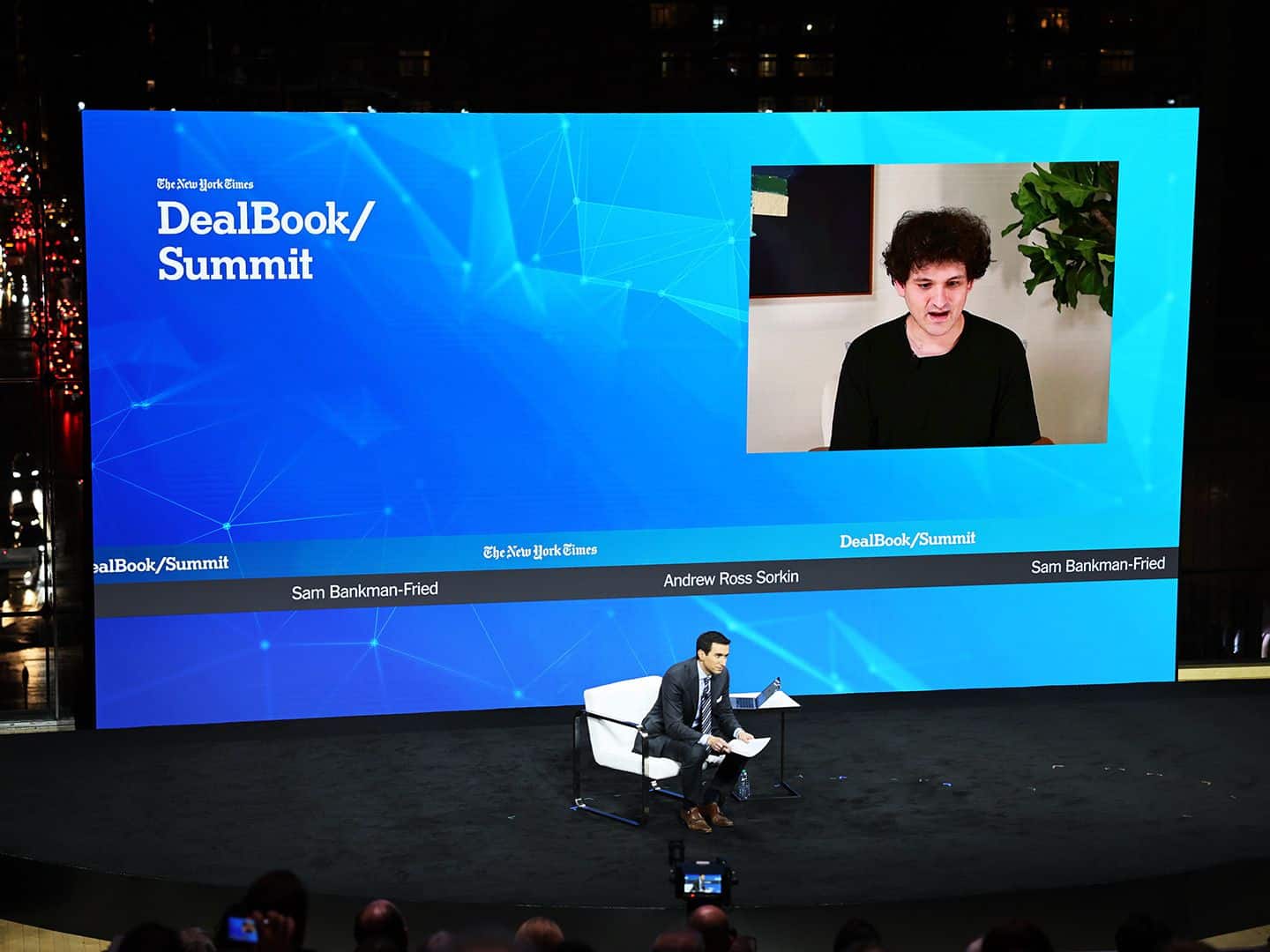 SBF claimed, “I didn’t ever try to commit fraud on anyone, I was shocked by what happened this month.” He added that he didn’t “knowingly co-mingle funds” between Alameda and FTX.

The former CEO and founder of disgraced crypto exchange FTX, SBF, said, “I’ve had a bad month,” on stage.

Crypto Twitter reacted aggressively to SBF’s comments on the FTX debacle, accusing him of downplaying his responsibilities and role in the saga.

#SBF Allegedly one of the brightest people in the world.

His defense?
I didn’t understand the risk. @tastytrade

I didn’t think this SBF situation could possibly look worse, but this interview is proving me wrong… #FTX #SBF #NewYorkTimes #Interview

All I can see in this SBF NYT interview is how stunningly delusional he is. About everything.

This is also why you need a lawyer, and you listen to them!

Everyone wishes they could just say "sorry, I was young & dumb, hehe". But that's not how it works.

Even before the interview, Bankman- Fried’s invitation to speak at the conference stirred criticism.

SBF should be sitting in a jail right now, but instead he is giving an interview on the New York Times Dealbook summit.

Crypto Twitter didn’t go easy on him after Andrew Ross Sorkin, who is an award-winning journalist, CNBC anchor, and author of “Too Big to Fail”, interviewed him.

Sorkin questioned Bankman-Fried about whether his attorneys thought speaking at the conference was a sensible move. “No,” Bankman-Fried said. “They are very much not,” adding that he felt compelled to comment.

Ross Sorkin: "What are your lawyers telling you right now? Are they suggesting this is a good idea for you to be speaking?"

SBF: "No. They are very much not." pic.twitter.com/cl5KDTVRpf

As the Wednesday interview began, with Bankman-Fried and Sorkin chatting via video connection to a live and virtual audience of thousands, the reactions began to pour in on Twitter.

One user used SBF’s presence as a hook to criticise the whole conference, implying it was full of undesirable figures like Jeffrey Epstein, Osama Bin Laden, and Voldemort.

Heck of a line-up!

Others didn’t restrain themselves from speaking their minds on the Bird app.

I watched that SBF @andrewrsorkin interview, and I have to say that I still can't believe what I just witnessed. I'm actually speechless at the level of reality distortion field at play here. Also… audience applauding at the end? WTF!

That was a very informative interview with @SBF_FTX: we finally know where all those billions in client funds that were collateralized with worthless FTT tokens and then "repurposed" elsewhere went.

my god this SBF interview is horrid

delusion at levels I have't seen since bitcoin cash days

SBF is apparently the most liked criminal ever.

Drives me crazy seeing his little smirk during his interviews.

Guy should be in prison. Ruined a lot of people's lives, willingly and without remorse.

SBF is having Thanksgiving dinner in a penthouse with his family.

The NYT will interview him next week.

Amazon is already planning an eight-part mini series about it with two Marvel directors.

… "clown world" doesn't even begin to describe it.

It is pin-drop silent and tense in the room but SBF clearly cannot perceive that across the Zoom link, so he's just sort of chatting with @andrewrsorkin like it's any other Zoom call

The SBF interview was so whacky