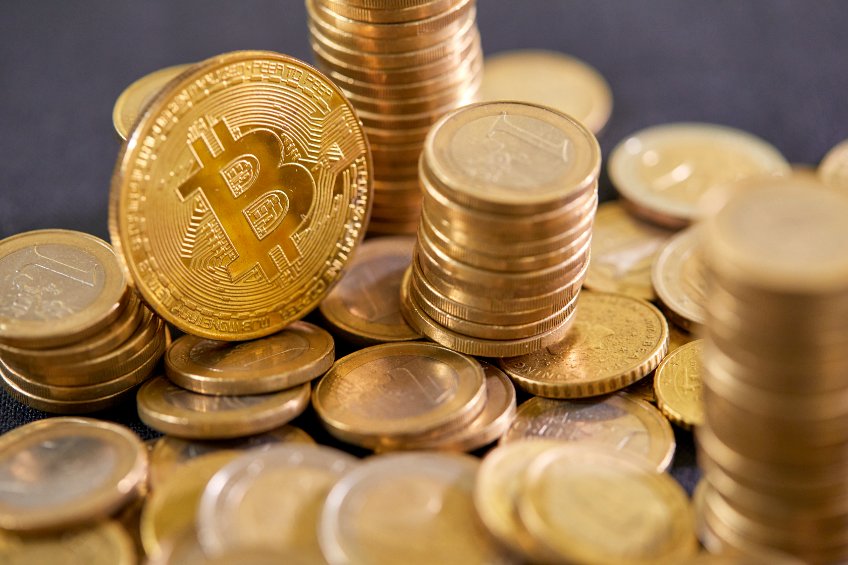 
As Bitcoin adoption has steadily increased, attention has turned towards what companies are holding it on their balance sheets. Thrown into the mainstream by Tesla’s high-profile purchase last year, a slow but steady stream of companies have bought Bitcoin in the hopes it will appreciate long-term, as well as provide diversification benefits.

We wanted to assess which public companies hold the most Bitcoin, so we jumped into the data.

Look up MicroStrategy on Wikipedia and you will see the description of the company as “business intelligence, mobile software and cloud-based services”.

In reality, they are a Bitcoin holding company.

Pulling up their balance sheet, their revenue last year was $510 million. Meanwhile, they currently hold five times that value – $2.5 billion – on their balance sheet in the form of Bitcoin, following yet another purchase this week of 301 bitcoins.

Co-founder Michael Saylor is the man driving the vision, and his thoughts on Bitcoin sometimes verge on religious worship.

“Bitcoin is a swarm of cyber hornets serving the goddess of wisdom, feeding on the fire of truth, exponentially growing ever smarter, faster, and stronger behind a wall of encrypted energy”.

Galaxy Digital Holdings come in next in the standings, although with holdings worth only $750 million, their stake is three times smaller than MicroStrategy.

It makes sense for the financial services company to have a lot of Bitcoin – it specialises in digital assets meaning, unlike MicroStrategy, its business is connected to the world’s biggest cryptocurrency.

In third place is Voyager Digital with $232 million of Bitcoin.

Perhaps Voyager, more than any other, symbolises quite how bad markets have been this year for Bitcoin. The crypto lender filed for bankruptcy protection in July after the contagion crisis led a wave of withdrawals which it didn’t have enough liquidity on hand to honour.

Tesla shocked the market when it bought a big bag of Bitcoin, worth $1.5 billion, last year. However, they announced in quarterly filings earlier this year that they sold 75% of this amount and currently their stack is worth only $200 million.

This constitutes only about 0.05% of the total supply, the move to sell originally being driven by environmental concerns around Bitcoin mining, which is obviously close to the bone for the electric-vehicle carmaker.

For what it’s worth, Elon Musk said in March that he would not personally sell his Bitcoin (nor Ethereum or Doge). Then again, the richest man in the world says a lot of things on Twitter, I think it’s fair to say.

As a general principle, for those looking for advice from this thread, it is generally better to own physical things like a home or stock in companies you think make good products, than dollars when inflation is high.

I still own & won’t sell my Bitcoin, Ethereum or Doge fwiw.

Some critics point toward a large amount of Bitcoin’s capped supply being held by a small number of wallets. The concern is that these wallets could have an undue impact on the network as a result.

Looking at public companies, this concern does not appear significant outside of MicroStrategy’s 0.62% stake.

Interestingly, looking at private companies, there are some large known wallets. The most notorious is Mt Gox, holding 141,686 bitcoins, translating to 0.675% of total supply – some of which will be distributed to customers who were hacked in the infamous scandal years ago, following the conclusion of long-running court proceedings.

However, Block.one, the firm behind the cryptocurrency EOS, holds 140,000 bitcoins – larger than even MicroStrategy’s holdings and just behind Mt. Gox. IOnterestingly, there is not as much chatter about the company’s massive reserves compared to the other whales on this list.

The graph below puts together both public and private companies’ holdings.

Their staggering amount of Block.One’s holdings constitute about 0.67% of the total supply of Bitcoin.

In conclusion, MicroStrategy is the runaway leader in terms of Bitcoin holdings amongst public companies, but when compared to private companies too – it’s Block.one that is leading the charge.

But none come close to the over 1 million Bitcoins and >5% of supply that sits across Satoshi Nakamoto’s wallets.

OANDA is the trusted name for Forex and CFD trading. Since 1997 OANDA has established a reputation for fair and transparent pricing and responsive customer service. Easy account opening process.

OKX takes customer security very seriously, they store almost all of their clients' funds in cold storage, and the exchange is yet to be hacked.

On top of this, the exchange offers very low fees and customers can even use their crypto as collateral for loans on the platform.

The post Microstrategy hold almost 1% of all Bitcoins, more than all public companies combined appeared first on CoinJournal.