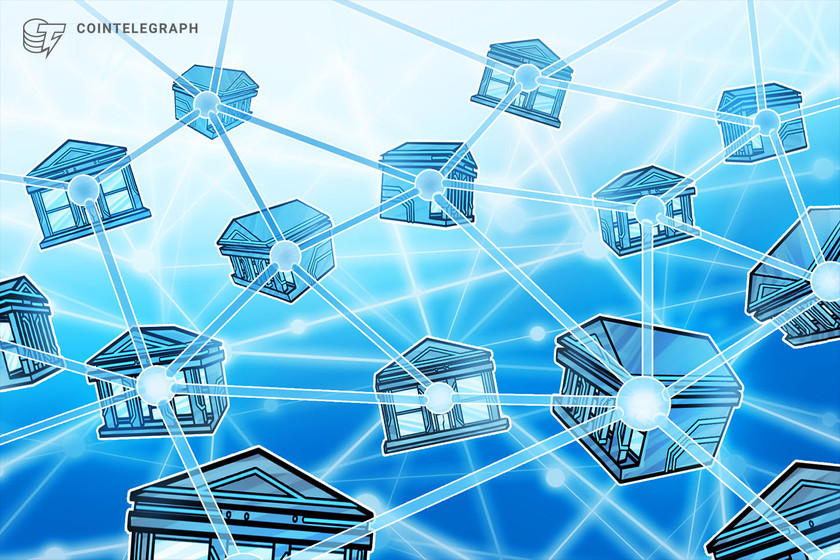 The project will connect SWIFT's network to nearly every blockchain to allow traditional finance players access to digital and traditional assets on the one network.

Interbank messaging system SWIFT has partnered with price oracle provider Chainlink (LINK) to work on a proof-of-concept (POC) project which would allow traditional finance firms the ability to transact across blockchain networks.

SWIFT is using the Cross-Chain Interoperability Protocol (CCIP) in an initial proof of concept.

At the conference, Solé said there is “undeniable interest from institutional investors into digital assets” adding these traditional finance players want access to digital and traditional assets on one platform.

The SWIFT interbank messaging system is the most widely used platform for traditional cross-border fiat transactions, connecting over 11,000 banks around the world. In August the system recorded an average of 44.8 million messages per day.

However, transactions on SWIFT's network can take several days to complete and the company has also been exploring blockchain and DLT technology and central bank digital currencies (CBDCs) to facilitate faster payments.

Chainlink added this collaboration with SWIFT allows financial institutions to gain blockchain capability without replacing, developing, and integrating new connectivity into legacy systems, something it said would require substantial modifications with an “exceptionally high” cost.

Related: Why interoperability is the key to blockchain technology’s mass adoption

Mastercard CEO Michael Miebach said at a panel session in May on CBDCs that he doesn’t expect SWIFT to exist in five years, likely due to the rising competition from CBDCs for cross-border payments and settlements.

Mastercard later clawed back the statement, noting that Miebach simply meant that SWIFT's operations will continue to evolve from its current form.