Google search’s autocomplete feature helps people find what they are looking for quicker and, luckily for us, shows some of the most interesting and revealing questions about cryptocurrency people search for.


We decided to explore how people search (and therefore think) about some of the main cryptocurrencies out there.


Our methodology is simple. We are Googling these questions ourselves and skipping over certain phrases related to price swings – ‘going up’, ‘dropping’, ‘going down’, ‘down today’. These are legitimate questions but tend to be the overwhelming term people search for when Googling about cryptocurrency, so we will not find anything interesting there.


Why is Bitcoin valuable?

Many people are curious about the price of Bitcoin and what gives it such significant value. Bitcoin rose in mainstream attention when it reached its all-time high price of $68,789.


As the first decentralized cryptocurrency to grace the financial markets, BTC is an innovator in the space. As the first successor of cryptocurrency, it holds significant value both monetarily and impactfully.


As the first of its kind, it has had much more time to gain value and attention. It was the pioneer of decentralized international payments and was implemented by many individuals and businesses. Because of its limited supply of 21,000,000 and high demand, it holds additional value due to scarcity.

Why is Ethereum merging?

The cryptocurrency community was set ablaze with headlines highlighting the upcoming, and now somewhat passed, Ethereum merge. As a highly publicized event in cryptocurrency, many were wondering and searching “Why is Ethereum merging?”


Ethereum has long been criticized for its energy-hungry mining process, using a proof-of-work mechanism. The Ethereum merge is an effort to minimize the energy required to mine and move the token. Through the merging of Ethereum and Beacon Chain, Ethereum will implement a new proof-of-stake consensus layer.

Why is Litecoin so cheap?

Litecoin was often referred to as the silver to Bitcoins gold, and had reached an all-time high of $412, but is now sitting at roughly $59 at the time of writing. Many are curious as to why Litecoin is so cheap when it was once among the top 10 cryptocurrencies by market cap.


Simply put, in comparison to some other cryptocurrencies, Litecoin has a much higher token supply but less demand. While LTC does have similar utility to BTC, being the silver to Bitcoins gold means far more people chose the first and more popular option at the time.


It is also to be noted that Charlie Lee, the founder of LTC, sold all of his tokens as a sign of good faith that he is not pushing the product for financial gain. At the time, many viewed this as the founder selling for a profit due to a lack of belief that it had any more potential. All this, plus the lack of developmental advancements are all reasons Litecoin may be so cheap.

Related: What is Litecoin (And How is it Different From Bitcoin)?


Why is Tether so stable?

The cryptocurrency markets are known for being volatile, so tokens like USDT may confuse newcomers with its stability. Some may even wonder how the token stays so stable in the crypto seas of red and fields of green.


Stablecoins are a form of cryptocurrency, often centralized compared to the more decentralized options we are familiar with. Stablecoins are pegged to other assets as a means to decrease volatility and provide liquidity. Tether was established to create a “safe” digital asset that provides a stable valuation. When users buy 1 USDT, they will pay a 1-to-1 USD parity. When users sell their USDT for the fiat currency USD, their Tether tokens are forever destroyed and removed from circulation, trapping that value in the markets to provide liquidity. In short, whereas the price of other cryptocurrencies comes from the value of the blockchain ecosystem, stablecoins value comes from a direct form of held assets.

Why is Dogecoin popular?

As the lowest-priced asset on the top 10 cryptocurrencies by market cap list, as well as boasting an average daily trading volume of more than $1 Billion, some people are confused as to why Dogecoin is so popular.


With more and more meme coins popping up, it’s important to note that Dogecoin was the first of its kind, a cryptocurrency created as a joke. Being the first gave Dogecoin more time to gain attention and support. Dogecoin does offer some of the same benefits as other blockchain-enabled cryptocurrency payment methods, such as cheaper, faster, and more secure transactions. But other than its payment use cases, it severely lacks utility.


Created as a joke to mock the utility of other cryptocurrencies, Dogecoin rose to fame due to its humorous community and Doge mascot, a trending meme at the time. It was later propelled further in popularity as it received support from Elon Musk. Elon Musk rallied the community and his followers to push Dogecoin to $1. Continued support from one of the richest men in the world, and a fun-filled community, are among a few reasons why Dogecoin is so popular.

Related: What is Dogecoin (And What Makes it the Most Fun Altcoin)?


Why is Solana better than Ethereum?

With the growing craze of NFTs, and Ethereums previously held monopoly, blockchains like Solana have been gaining attention. Ethereum had high gas fees and slow transaction times, so many were wondering if and why Solana is better than Ethereum.


Keep in mind that we will be comparing Solana to Ethereum when it was using a proof-of-work algorithm for mining, vs their recent move to a proof-of-stake system. Even with Ethereum’s adoption of POS mining, the Solana network uses POH, proof-of-history, which allows it to function as one of the fastest blockchains currently. Ethereum could handle about 12-15 transactions per second, whereas Solana was managing an average of closer to 3,000 TPS, but is capable of processing 65,000 transactions per second at its peak. Ethereum 2.0, after the merge, aims to handle up to 100,000 transactions per second but this has not been proven to be true yet. Solana was created to build on Ethereum’s core concept, but make it faster and cheaper. But none are better, just different, and it is especially hard to confirm that Solana is better than Ethereum after the merge effects are still processing.

Why is Ripple being sued?

As a top 10 cryptocurrency by market cap, Ripple is somewhat infamous for its more centralized approach to crypto, but more so than that, it has risen to fame because of its ongoing legal battle with the SEC. But why is Ripple being sued? Many are wondering the same thing.


In December 2020, the SEC sued Ripple, the company behind XRP. The SEC lawsuit specially targeted the previous and current CEOs of Ripple, Brad Garlinghouse and Christian Larsen. The SEC’s reason for taking legal action is due to Ripple raising roughly $1.4 Billion by selling XRP as an unregistered digital asset securities offering. The SEC believes XRP and Ripple act as a security which is a direct violation of investor-protection rules. This comes after the 2018 ruling that both BTC and ETH are not securities because they are decentralized. Ripple and XRP by extension are centralized, furthering the SEC’s reasoning to sue. Because of its centralized nature, the SEC believes that both CEOs and founders have personally profited $600 million from selling XRP. The lawsuit is still ongoing, but CEO Brad Garlinghouse says that if the company loses the lawsuit against the SEC, it will move its headquarters to another country and continue as usual.

Why is USDC better than USDT?

With more and more stablecoins flooding the market, users are wondering which is the best to hold. Stablecoins provide protection against the volatile crypto markets to a certain degree, but which is the better option among the top 2 stablecoins USDT and USDC?


Both are fairly similar, holding pegged assets to their token supply, as well as both being able to process roughly 1,000 transactions per second. USDC has made it its mission to be more accessible and to do so have expanded its reach to more blockchain protocols including Ethereum, Solana, Avalanche, Tron, Algorand, Stellar, Flow, and Hedera. This is pretty impressive compared to the USDT reach of Ethereum, EOS, Tron, Algorad, and OMG Network. But USDC is still planning more expansions. USDC also recently announced its listing on the Robinhood platform, making them the first stablecoin to be listed on this platform. Tether, and USDT, have also been heavily surveilled due to their lack of transparency in their working model and have been accused by authorities of manipulating the BTC price in paired trades. Neither is better or worse, but again just different, it’s up to you to do your own research and see which is a better investment for you.

Why is BNB not on Coinbase?

When renowned exchange Binance release its very own coin, it quickly gained popularity and is not sitting at number 4 on the top 10 cryptocurrencies list. With this popularity and gain in price, many wonder why BNB has not been listed on a popular exchange like Coinbase.


Coinbase has specified that they do not currently offer support for BNB because the token and its BEP-2 variants are created on a separate blockchain, the Binance Smart Chain, which has not yet integrated with its platform. Because BNB was created by Binance as a means for their customers to send assets more quickly and receive trading discounts on their platform, it does not provide any benefits for Coinbase users aside from profit gains.

Why is Tron not on Coinbase?


For the same reason Coinbase delisted XRP, due to the SEC classifying it as a security, Tron directly fails the decentralization requirements to be listed on the exchange. Coinbase does its best to only list truly decentralized coins, in an effort to keep the cryptocurrency markets clean. Tron currently holds around 90% of the circulating supply, so thus gives them around 90% of the voting power, making them extremely centralized. It is unlikely Coinbase will ever list Tron, but they are considering it for custody purposes, which would only act as storage.

Why is Shiba Inu so popular?

Shiba Inu is an altcoin of Dogecoin, running with the fun-loving community and cute dog, but how has it become so popular when just copying an already popular cryptocurrency?


Shiba Inu first garnered attention as a copycat of Dogecoin, but through their memes, community, and enthusiasm, they continued to hold their own. Many saw Shiba Inu as the next Dogecoin pump, especially those who missed the rise of Dogecoin. SHIB also gained even more popularity when the creator gave half of the Shiba Inu supply to Vitalik Buterin, the founder of Ethereum. Vitalik was perplexed, and later donated most of these funds to the Covid-19 relief efforts in India. The price of SHIB might have been dumped because of these token sales, but the community claimed victory and praises Vitalik for “enabling true decentralization”. Again, this is most likely the case of a fun and goofy space for cryptocurrency users who want to enjoy the community rather than worry about the price, although many do believe that the price surge and gains are coming soon.

Why is Monero untraceable?


Monero was not created to bypass taxation or to partake in illicit activities, but rather to provide users with truly censorship-resistant transactions. Every user of Monero is anonymous by default, through the use of Stealth Addresses, Ring Signatures, and RingCT. Ring signatures conceal user and transaction information by bundling the information of a user as a group of people, making it truly untraceable to one source. Additionally, Monero utilizes stealth addresses to generate one-time recipient addresses to add an extra layer of privacy. So when senders make use of the ring signatures, they will be utilizing stealth addresses. Ring CT also ensures that transaction values are unknown.

The post We Answer Google’s Most Searched Crypto Questions appeared first on BitcoinChaser. 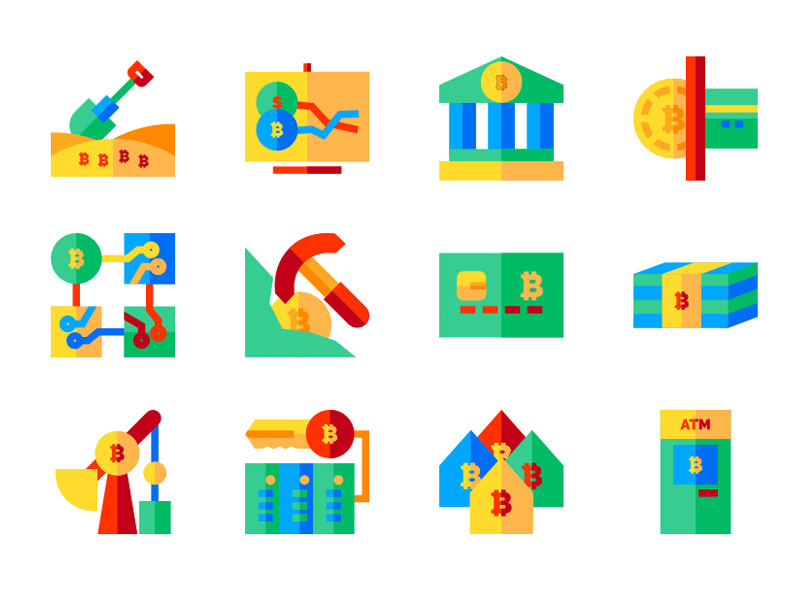